Nickelodeon’s hit preschool series Blue’s Clues & You! is heading back onto DVD with four music-filled episodes in the all-new Blue’s Clues & You! Blue’s Sing-Along Spectacular. Available February 2, 2021, fans can join beloved puppy Blue and live-action host Josh (Josh Dela Cruz) as they play Blue’s Clues to learn about different musical instruments, put on a Blue’s Clues Music Concert, start a band and have a dance party. Blue’s Sing-Along Spectacular will have you putting your paws together for Blue, Magenta, The Mailtime Quartet, Slippery Soap, and surprise guest performer – singing sensation Ally Brooke!

The Blue’s Clues & You! Blue’s Sing-Along Spectacular DVD will also include four American Sign Language flash cards featuring Josh and words from the show. Blue’s Clues & You! Blue’s Sing-Along Spectacular will be available from Nickelodeon Home Entertainment and Paramount Home Entertainment on February 2, 2021, for the suggested retail price of $10.99 U.S.

About Nickelodeon
Nickelodeon, now in its 41st year, is the number-one entertainment brand for kids. It has built a diverse, global business by putting kids first in everything it does. The brand includes television programming and production in the United States and around the world, plus consumer products, digital, location based experiences, publishing and feature films. Nickelodeon and all related titles, characters and logos are trademarks of ViacomCBS Inc. (Nasdaq: VIACA, VIAC).

« Grip6 Belts Are Strong
Skinuva Is Skincare For Me » 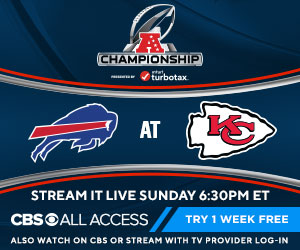 21 Days Left
Filtered Water For The Little One Giveaway
.