“Yes, And” Your Way Through This Netflix Original Series
Premiering September 6th

DreamWorks Animation’s Archibald’s Next Big Thing premieres Friday, September 6th!  From the creative mind of two-time Emmy® Award winner Tony Hale, Archibald’s Next Big Thing follows the adventures of Archibald Strutter, a chicken who ‘yes-ands’ his way through life. Though living in the moment often leads him astray, Archibald always finds his way back home to an egg-shaped house he shares with his three siblings, Sage, Finley, and Loy, and his trusty sidekick, Bea. Archibald’s Next Big Thing is a fresh comedy about the importance of being present and celebrating the journey, not just the destination. With each twist and turn, this gangly, happy chicken shows everyone around him how important it is to get out of your comfort zone and see the best in everyone and every situation. 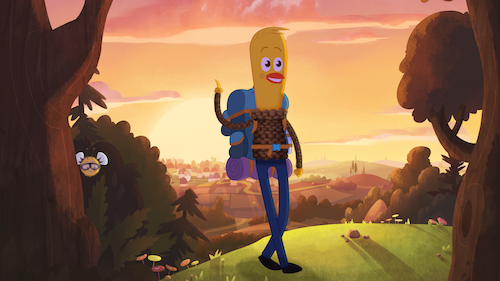 Kangaroo Oral Care Kangaroo Oral Care makes brushing teeth fun for kids, no matter what age.  Desiree loves the bubble gum toothpaste that is inside of each toothbrush and I think your kids will too. Brushing twice per day?! As parents, we all know the struggles of getting children to brush their teeth even once…

Dreamland Baby Helps Them Sleep Dreamland Baby Weighted Sac lets our babies sleep like never before so we can too!  These sleep sacs are made to give the baby the comfort they need to sleep better. Dreamland Baby lets babies sleep more comfortable with their whole line of products. From newborn until 24 months they…

This Jewelry Organizer Can Help You Organize Your Jewels This is not just like all the other jewelry organizers you see out there. This is heavy-duty and will last for years.  This is the Overdoor/Wall Jewelry Organizer from Longstem Organizers and it really does help you organize jewelry is a better way.  No more tangled…