Is a Motorcycle the Right Choice? What to Consider Before You Buy a Bike

The speed, the freedom and the feeling of the wind whipping past your face are just a few of the things that can make the idea of owning a motorcycle so appealing to some people. There is no doubt that a motorcycle provides many types of excitement and enjoyment you just can’t experience in a car. Nonetheless, riding a motorcycle also presents a number of different challenges and potential safety issues that some people tend to overlook. In truth, the realities of owning a motorcycle can be a bit different from some of the fantasies you may have, which is why it can be helpful to keep these following factors in mind when deciding whether or not buying a motorcycle is a good idea. 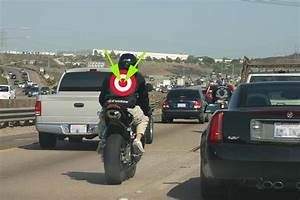 Car vs Motorbike: Understanding the Realities

When most people think of riding a motorbike, they think of cruising around on winding, open highways while soaking in the surrounding natural scenery. This type of motorcycle trip is definitely possible, and there are plenty of people who spend their summers exploring some of the country’s most scenic sites on the back of their bike.

However, it is important to remember that these trips won’t always be spent out on the open road. Crowded highways, rush-hour traffic and confusing city streets full of pedestrians are all things you’re also likely to encounter when out on your bike no matter how much you try to avoid them. In some of these situations, the speed and maneuverability a motorbike offers gives you a huge advantage by potentially allowing you to bypass much of the worst traffic. You might even be able to continue on your way even when the rest of traffic has come to a complete standstill.

Nonetheless, these situations are also when you need to again consider the full reality of riding a bike. Although you have much more maneuverability and speed, you also have far less protection in the event of an accident. When it comes to car vs motorbike in a crash, there is only ever one outcome, and the bike will always be on the losing end. It’s no surprise, then, that a motorcycle attorney is considered a specialized form of personal injury private practice. Furthermore, a motorcycle’s small size also means you’re much harder to see, and unfortunately, most drivers just don’t pay attention and stay on the lookout for motorcyclists. This means that it’s usually left up to you to attempt to avoid any potential crash, which isn’t always possible.

Weather is another issue you’ll eventually be forced to account for. Even if you try to plan your trips around good weather, Mother Nature’s unpredictability means you could always find yourself in a sudden downpour or with lightning striking all around you. This is another area where being inside a vehicle obviously provides some huge advantages. On your bike, you’ll be left to either try to deal with the weather as best as you can or pull off the road and seek the closest shelter.

Two wheels also provide much less traction and stability than having a full set of four tires gripping the road. This is precisely why driving on wet, slick or icy roads is much more hazardous on a bike than it is in a four-wheeled vehicle. Not only that, but your bike can also end up slipping out from under you if you encounter dirt, gravel or sand especially around corners.

After saying all this, it is important to note that owning a motorcycle can be great fun. Moreover, there are many things you can do to help keep yourself safer on the road. Ultimately, it is about weighing up both the good and bad sides of owning a bike to determine what’s best.

21 Days Left
KIMTRUE Beauty For Us
.